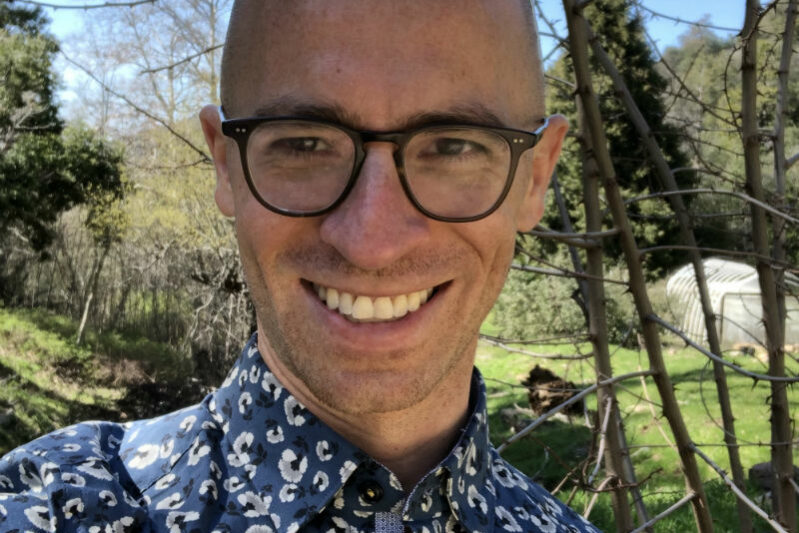 “Contrary to my original assumption that eating disorders were somewhat cordoned off from the dietary mainstream, working in this field allows me to draw on my broader experience and interests in 12-step recovery and social justice on an individual level.” – Ian Cohen, RDN

We are excited to introduce you to EDRDpro member Ian Cohen, RDN! As a registered dietitian working in a residential eating disorder treatment center, Ian is devoted to exemplary and empathetic treatment on an individual level while also seeking to apply his principles to a societal platform that will increase body acceptance and deconstruct false narratives about public health. He is currently in the process of setting up social media for strictly dietary and nutrition content, but if you like obscure references to indie rock, early 2000s rap, sports, and “The Simpsons,” Ian is not hard to find on Twitter.

If you didn’t do what you do professionally, what other job or field would you have pursued, and why?

I always dreamed of being the 12thman on an NBA team – you get the same elite coaching and amenities as the stars and still make six figures without ever having to play in any moment of consequence; if I’m actually getting minutes on the court, that means my team’s winning or losing by an insurmountable margin. I’d be a human victory cigar, what’s better than that?

But due to the fact that I have neither the height, speed, nor really any other physical skill that translates to professional basketball, this will forever remain a dream.

Just for fun, tell us something most people don’t know about you!

I’ve been working as a music/sports/culture journalist for over a decade and most people who know me from that career have absolutely no idea that I’m a dietitian. Pretty much all people who know me as a dietitian have no idea that I’m still a professional journalist. And the majority of both those groups are unaware that I went to law school and am currently an active member of the California Bar.

Besides that, I’ve been in several music videos and I’m likely in the top percentile of American persimmons consumers.

Where do you work?

I work at a residential treatment facility for eating disorders in Southern California treating adult women. I’d prefer to keep my organization anonymous, but it’s the absolute greatest of all time ever, and that’s just my unbiased and also incontrovertible opinion.

What do you enjoy most about what you do?

I’ll set the scene at a recent group Exposure Response Therapy (ERP) at Salt and Straw – for one thing, I am technically eating ice cream in a professional capacity, so I can now add “professional ice cream eater” on my LinkedIn page. More importantly, it was myself and six other clients enjoying the kind of treat on a Friday afternoon that they haven’t allowed themselves in years, if ever. It’s one of those times where everyone forgets that they’re in residential treatment and I live for the “lightbulb” moments – the ones where a client gets a glimpse of what their future in recovery might look like and that the isolation of their disorder can be a thing of the past.

And if that just so happens to occur while I’m eating ice cream, all the better.

Why eating disorders treatment? What drives you?

As much as it pains me to admit it, I feel like I initially got into dietetics and nutrition for the wrong reasons. My adolescence was basically split into “chubby Ian” and “not-chubby Ian,” the latter of which marked a time in high school I associate with heightened social confidence, making friends and having my first reciprocated crush…when before, she just thought I was “funny.” Of course, I got there due to behaviors that I can clearly see as disordered eating in hindsight, but these conversations weren’t being had in the mid-90s – especially in regards to teenage boys. As long as I got positive attention and compliments, it didn’t matter that I was using a Stairmaster (once again, it was the mid-90s) for hours a day. For the next 15 years or so, I associated weight not just with health, but quality of life itself. It was easy for me to fill the role of the diet-based “RD to be,” parroting the positivism and concern trolling of “the obesity epidemic” and “clean eating” because, like so many in the dietary field, I projected my own anecdotal experience onto others.

During the second year of my Didactic Program in Dietetics (DPD) program, a friend who worked as an RDN at an outpatient treatment center asked if I wanted to apply for a diet tech position. I had no prior experience in the field, but as a DPD student given every Scared Straight speech about filling up one’s resume for a Dietetic Internship (DI) application, I was interested – and hey, it actually paid!

Almost immediately, I was blown away at what was expected of me in that role. After months of either filing paperwork or mindlessly picking up trays in hospitals, men and women with rich interior lives and heartbreaking histories of trauma would share how their hopes, dreams, and fears could be embodied by a single piece of pizza or a meal with their parents. Though I lacked in dietary knowledge (as we all know, eating disorders are given maybe a week’s worth of attention in most DPD programs and dietetic internships), I felt emboldened and empowered by the way eating disorder (ED) treatment allows dietary professionals to tap into their life experience as a means of connecting with clients, rather than just providing nutrition education and hoping for the best.

I talked about those “lightbulb moments” earlier, and I feel like my time as a diet tech was one that lasted two years. Not only did I realize that I’d completely misconstrued who suffers from eating disorders and how, I witnessed the pernicious influence diet culture, even within the RDN field – many clients have been told by doctors “just eat” or “just don’t eat” for years, or even rewarded for their restrictive behaviors. Contrary to my original assumption that eating disorders were somewhat cordoned off from the dietary mainstream, working in this field allows me to draw on my broader experience and interests in 12-step recovery and social justice on an individual level.

Who are your favorite social media influencers in the non-diet, recovery, body liberation space?

I’m to understand that new heavyweight champion Anthony Ruiz, Jr. is a body positive icon, but within the dietetics realm, I’m a fan of Christy Harrison’s podcast as well as Aaron Flores’ work within the realm of Intuitive Eating – I remember him being the first speaker I saw while doing my DPD at California State University Northridge, and it took me years to fully comprehend the Intuitive Eating  (IE) model he presented to me as a new dietary student. I’d also be remiss if I didn’t mention Lauren Anton, who I consider to be a role model.

What is your favorite book that has made a difference in the way you work?

Dr. Jennifer Gaudiani’s Sick Enough has become an indispensable resource – not just because it provides a wealth of wisdom that can be easily understood by clients and laypeople, but because it’s probably the only medical treatise in the eating disorder world that’s written with such precision and clarity that it almost qualifies as a beach read.

What is one non-diet, Intuitive Eating, or Health at Every Size® pearl of wisdom you’d like to share?

Living in Southern California for about twelve years has provided countless hours to sit in traffic and ruminate on how driving an automobile is a conceptually mindblowing daily task – here we are, operating nearly 3000-pound vehicles at 65 miles per hour for 20-30 minutes at a time, surrounded by hundreds or even thousands of people doing the exact same thing while distracted by the radio, their phone, or their own thoughts. I think about all the people I know who moved to LA from New York later in life – many of whom haven’t consistently operated a car for years or even had a driver’s license. To them, the mere thought of getting on the 10 or the 5 or navigating a Trader Joe’s parking lot brings on the same crippling anxiety I remember having behind the wheel during my driving lessons at 16. Yeah, I had to keep my foot on the brake a lot of the time, and my parents didn’t let me drive on the freeway or after 10 PM until I turned 18, but eventually, the mechanics of driving became so intuitive that my 30-minute commute to work is more natural than writing this paragraph.

I’m surprised it took so long for me to utilize this metaphor when working with clients who are relearning to assess their physical and emotional hunger cues or dabbling in Intuitive Eating or even with myself as I learned the IE principles – clients have often expressed to me that they feel “recovery culture” expects them to be Formula 1 racers right out of the gate, even though they’re operating something new that terrifies them. And so the pearl of wisdom I give to others and often myself when working with clients is to validate their ambivalence. If we’re going to fight against the Manichean viewpoint of diet culture, it’s worth conceding that “recovery culture” can often seem just as black-and-white to someone suffering from an eating disorder – “body positivity” is often misconstrued as “loving your body publicly at all times,” or that “all foods fit” can be seen as “eat everything,” or that “recovery” needs to be “full-on commitment to recovery, playing ‘Fight Song’ five times a day while posting on Facebook live.” It’s not the truth, but it’s still somebody’s truth and whenever a client or just anyone tells me that their motivation feels fleeting or that they’ve encountered setbacks, I rely on something that’s served me in every walk of life: progress, not perfection.